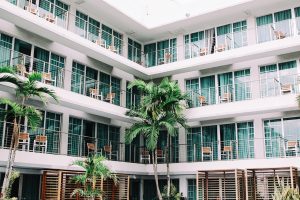 ABC is a family owned developer of mid-range apartment complexes in a large city in the southwest. The founder was approaching 75 and wanted to transition the business to his 50-year-old son, who had joined the business within the last few years after a career in banking in another city. The founder also wanted to have the business generate enough profit to buy his equity stake – possibly over a few years.

OT was engaged to explore possible options to determine if the goals were possible and, if so, then develop a strategic plan to make it happen. OT did a deep dive into finances, operations, markets and competitors as well as existing management. OT’s dive looked internally as well as externally. Our external look was with banks, equity partners, industry experts, as well as direct competitors and others in development community.

Our principal findings were that ABC was a smaller developer, profitable, and had a superior reputation of over 30 years in the making for delivering on all its commitments- financial as well as operational. OT also noted that The CEO spent more than half his time raising funds for the next project as well as supervising the myriad of details to bring the current project to market. Our strategic plan addressed all these issues.

The principal recommendations were the hiring of an industry-veteran CFO whose function would be to raise funds for the next several years of projects in one capital raise. This would free up the son to run multiple development projects simultaneously. We recommended doubling the number of concurrent projects and increasing the equity stake in future projects. ABC chose to implement our recommendations and within six months more than doubled in size, more than doubled in profitability and generated the cash to support a short-term buyout plan for the founder.