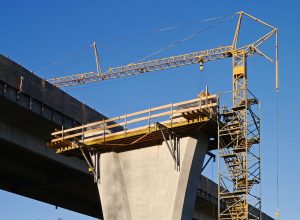 DEF was a supplier of concrete in the Washington, D.C. metro market. It was one of the smallest suppliers. Its principal competitors were national and international suppliers who controlled the lion’s share of the market – over 95%. Concrete supply is a very low margin capital-intensive business with competitors with sharp elbows. OT was engaged by DEF’s investors to develop and execute a strategy to exit the market at a premium price.

DEF had developed a business model that allowed it to survive against giant competitors. It delivered concrete 24 hours a day and 7 days a week. It rarely bid on large construction projects, preferring smaller contractors and projects. It received an above-market price for its concrete as a result and had a large and diverse customer base with no customer representing more than a few percent of DEF’s annual sales.

OT analyzed the market, competitors, and industry financials. We noticed that DEF regularly did deliveries on major construction projects in the middle of the night and weekends. These major jobs often need an electrical pad, an HVAC base, or elevators pad, etc. These items were critical to the success of major building projects; however, the larger commodity concrete suppliers could not or would not change their supply models to accommodate their major customers’ timing needs. DEF’s prices were never questioned on these occasions. OT performed a detailed financial analysis of the entire market. We reached a surprising conclusion. DEF had less than 1% of the market’s revenue but earned between 4 and 5% of all the market’s profits.